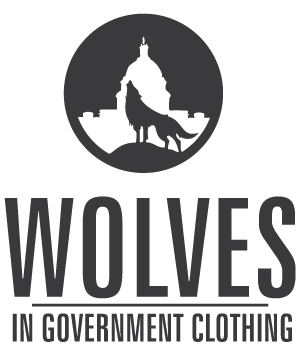 A Film by David Spady

Wolves in Government Clothing is a documentary film about predators in the wild, and in government, and how the Endangered Species Act (ESA) has empowered both of them to destroy people’s lives.

Witness firsthand accounts from those who are forced to deal with wolves on a daily basis. Its the story of two predators with similar characteristics: wolves and Federal government agencies. The reality is, if we don’t control these predators…they will control us.

The SHOCKING truth is revealed

“Eternal vigilance is the price of freedom.”

Get the facts on wolves. Did you know wolves are not in danger of extinction? Do you know how the ESA is being used by radical groups to push wolves into populated areas. Be informed – stay informed.

Sign a petition to stop abuse of the Endangered Species Act. Economic impact of policy decisions should be part of the process, and the interests of wild animals should never infringe on the interests of real people.

AFP is holding educational events around the country to inform the public about why the Endangered Species Act needs to be reformed. Join us to learn how you can make a difference today.

Tell the U.S. Department of Fish and Wildlife that you don’t want wolves invading populated areas. It’s time for states to manage their own interests and the interests of their citizens when it comes to wolves.

“Over the past two months, we’ve lost 250 sheep, three dogs and a horse to wolves.”

Wolves in Government Clothing is one man with a camera exploring the consequences of mixing an apex predator with civilization. True conservation cannot come at the expense of mankind. When civilization is forced to regress to accommodate a bygone ecology the results are simply…unsustainable.

“Nature is indifferent. Mankind is not. That sets mankind apart from the natural world where the circle of life is directed by circumstance and instinct.

I grew up in Montana. It’s called “The Last Best Place”. If you’ve been there you know why. It’s a state that’s been settled but still personifies open spaces and wilderness.

Wilderness has a wild side I can relate to, but I also have a deep appreciation for the opposite of wilderness — civilization. Most of the lower 48 states are settled areas. Here civilization has replaced wilderness.

Years ago when I was in Yellowstone Park I was approached by several people asking me to sign a petition to bring wolves into the park. I refused. I knew what that would mean to wildlife and livestock. It happened anyway through the Endangered Species Act, and the results were exactly what most Montanans anticipated. Livestock destroyed. Wildlife ravaged by a ruthless predator.

But wolves are a popular attraction to those who don’t live with them on a daily basis. Yellowstone Park visitors from far off cities now can enjoy the experience of roadside wolf sightings and chances to take pictures of this mystic creature. Few of them know the real story about this animal.

Recently I heard about kid cages at school bus stops in New Mexico designed to protect school children from wolves. Insanity had finally trumped any common sense with the Federal government’s artificial introduction of a “non-essential experimental wolf population” in New Mexico and Arizona. This story embodies the true nature of environmental extremism where the interests of wild animals are more important than those of real people.

I traveled to states impacted by misguided government programs that force wolves into settled areas, to hear from the victims of both predators from the wild, and from government agencies.” 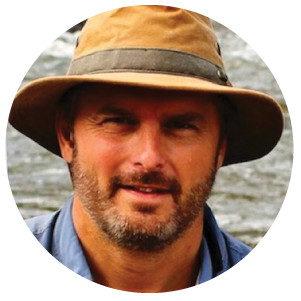 David Spady is a public affairs and media consultant with a passion for outdoor recreation. He spends countless hours each year fly fishing, hiking, and exploring the great outdoors.

He also has a passion for storytelling and political activism. David has been a guest on numerous television news programs including FOX News, CNN, ABC, NBC, CBS and Inside Edition. He is currently an in-house adviser for a major talk radio network and a consultant for the largest conservative grassroots organization, Americans for Prosperity.

WHEN FEDERAL GOVERNMENT AGENCIES BECOME PREDATORS, THEY BEGIN TO LOOK LIKE WOLVES. IN THE END IT’S UP TO THE AMERICAN PEOPLE TO REALIZE THAT THESE PREDATORS WILL CONTROL US…UNLESS WE CONTROL THEM.

DROP US A LINE